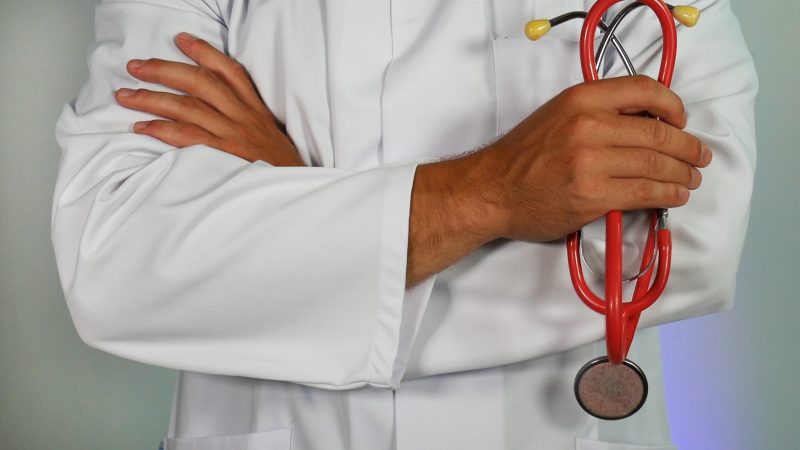 Dealing with the healthcare system can be a real headache, especially for highly sensitive people! In order to get quality and timely care, you have to be assertive…and sometimes downright aggressive! While most of us aren’t fond of conflict, it’s sometimes more important to fight for yourself than to feel comfortable in a situation. The wise advice my late mother once gave me comes to mind, “Speak up…or be left behind!”

In my last post, I wrote about how I ran myself ragged when I didn’t manage my stress during a grueling, multi-year effort to meet our goal of moving halfway across the country. I pushed myself way too hard…a terrible mistake that cost me my health for nearly two years! I would spend MANY months navigating a complex medical establishment in order to recover my health.

Just to recap…after getting settled into our new home, I suddenly stopped feeling well and started having issues with my blood pressure. I was exhausted all the time, and my concentration was off. I underwent many medical tests and tried different blood pressure medications, but nothing worked! Next came the referrals.

First, my doctor referred me to a urologist, someone I wasn’t at all impressed with, and who didn’t help me. After that, I was referred to a cardiologist who had a six-week wait time! When I told my doctor how worried I was about my blood pressure and asked his help in getting an earlier appointment, he said he couldn’t do anything. I was extremely frustrated! My doctor didn’t like it when I questioned him, but what was I supposed to do? I wasn’t getting better and needed answers!

Not knowing what else to do, I went on the internet and picked out a cardiologist on my own. I based my decision partly on who had the shortest wait time, which still ended up being two weeks. The doctor I chose had positive feedback online, but I didn’t have a good feeling when I met her. I felt she had programmed responses and didn’t listen to what I had to say. She ordered more tests, including a sleep study. I was diagnosed with sleep apnea and now use a CPAP machine. I was grateful for the diagnosis, and my sleep quality improved, but I still had high blood pressure.

Shortly after that, my wife and I were out running errands. While driving, I noticed that the left side of my face was feeling numb. I was terrified! I thought I was having a stroke! We went straight to the hospital. They took me in right away and ordered a brain scan. Thank goodness that I didn’t have a stroke, but my blood pressure was off the charts!

I was in the hospital for two days and needed intravenous medication to get my blood pressure down. Had the cardiologist called me back, it’s unlikely any of this would have happened! The whole experience was extremely traumatic for me and my family!

In retrospect, perhaps I should have shown up in person at the cardiologist’s office and pleaded my case…or demanded to be seen. If that didn’t work, I should have gone to the emergency room. At that point, I had been struggling with high blood pressure for so long…that I guess I didn’t take the incident seriously enough. Hindsight is always 20-20.

After the “stroke scare,” I knew I needed someone I could trust to guide me through my medical crisis. I sought an internist to manage my care. I found one I was comfortable with, and per my request, the first thing she did was recommended a new cardiologist.

True to form, I had trouble getting an appointment with her recommendation. Since I wasn’t willing to wait a long time, I chose another doctor in the same group. The new cardiologist was nice and listened to my concerns, but I didn’t improve. He had a conservative approach, and I felt I needed someone willing to think outside the box. What was the point of trying the same things over and over?

Fortunately, I eventually got an appointment with the cardiologist that my internist had originally suggested. Within minutes of meeting this doctor, I immediately felt good about him! My HSP intuition is very accurate when it comes to doctors, so I knew this was a good sign. The cardiologist was very knowledgeable, had thoroughly reviewed all my numerous tests, and asked me what I felt was wrong. He was the first doctor who actually sought my opinion!

I told him that I had been chronically stressed for over two years with my move and all the problems that went along with it. I suspected that the stress had wreaked havoc on my system. I also mentioned that my blood pressure medication, which I had taken for many years, had been changed. I explained my sensitivity to medications and my suspicion that I was experiencing side effects. Although I had told all of my previous doctors the same information, he was the only one who took stock in my opinion.

After listening to me, the doctor put me back on the blood pressure medication that had originally worked for me and took me off another medication I was taking. He also put me on some nutritional supplements. After about a month, I started to feel better! When I went for a check-up, he told me that I could go back to the gym. In time, my fatigue, concentration, and blood pressure improved dramatically. It took about six months to get back to my old self, but I eventually got there! Whew!

After going through this experience, the key takeaways for me were:

Have you had a similar experience with the medical establishment? Have you ever felt helpless when dealing with a medical crisis? How did you handle it? Did you persist in getting your needs met, or did you settle for less? I’m interested in any thoughts or comments that you have.

The next post, (20) The Mental Gymnastics of Coping with Physical Illness, is about my experience of dealing with an extended period of poor health.