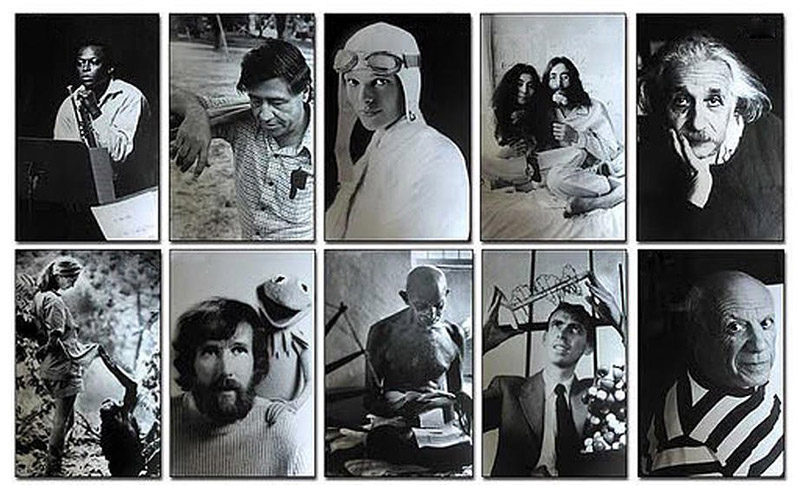 One of the most legendary advertising campaigns of all time was Apple’s “Think Different” campaign, which ran from 1997-2002. It was meant to honor those who think differently, the “crazy ones,” the visionaries who inspire others to new levels of creativity. Although designed to promote Apple products, the campaign nonetheless packs a powerful message that is especially pertinent to highly sensitive people.

“Here’s to the crazy ones. The misfits. The rebels. The troublemakers. The round pegs in the square holes. The ones who see things differently. They’re not fond of rules. And they have no respect for the status quo. You can quote them, disagree with them, glorify or vilify them. About the only thing you can’t do is ignore them. Because they change things. They push the human race forward. And while some may see them as the crazy ones, we see genius. Because the people who are crazy enough to think they can change the world, are the ones who do.”

I realized early in my life that I didn’t think the way other people did. As a kid, I was creative and full of ideas, but nobody ever heard them because I was painfully shy. I didn’t have many friends and had trouble fitting in. I was self-conscious and felt like there was something wrong with me. I knew I was different. I wondered if I was crazy. Can any of you relate to this?

In my quest for self-knowledge, I stumbled upon the book, How to Win Friends and Influence People by Dale Carnegie. It opened up a completely new world for me! After reading the book, I sought out other self-help and inspirational materials and seminars. I wanted to arm myself with the tools I needed to face life’s challenges.

At some point, I stopped comparing myself to other people and realized that I would have to live my life on my own terms. I knew I would never be happy working for anyone else. I refused to work towards someone else’s vision. I didn’t want other people breathing down my neck and telling me what to do. At the age of 30, I started my own business and successfully ran it for 35 years. It wasn’t easy, but I felt I had no choice but to succeed.

My quest to learn and grow never stopped. I learned about my high sensitivity at age 55, and it was life-changing! It wasn’t until this point that I was able to understand myself and fully embrace who I was. I was so inspired that I wanted to educate highly sensitive people from my experience and through my writing. I now realize that daring to “think different” has helped me both personally and professionally.

As highly sensitive people, it can sometimes feel like we’re the “crazy ones.” We’re the ones who see things differently and experience the world on a more profound level. Others may not agree or understand us, which is frustrating, and it may cause us to question ourselves. However, we need to remember that it is people who think different—people like us—who have the power to move the rest of the world forward!

Why should we waste our time searching for validation among the mainstream? We simply won’t find it there. And contrary to what many of us believe, we don’t need approval from others in order to feel good about what we have to offer.

Find role models that you respect, and seek mentors who can bring you to new levels of excellence. Don’t concern yourself with what other people are doing. Ignore the doubters and the naysayers. Just be who you are…and run your own race!

What do you think of Apple’s “Think Different” campaign. Does it strike a chord with you? Have you ever felt different? If so, how did you handle it? I’m interested in any thoughts or comments that you have.