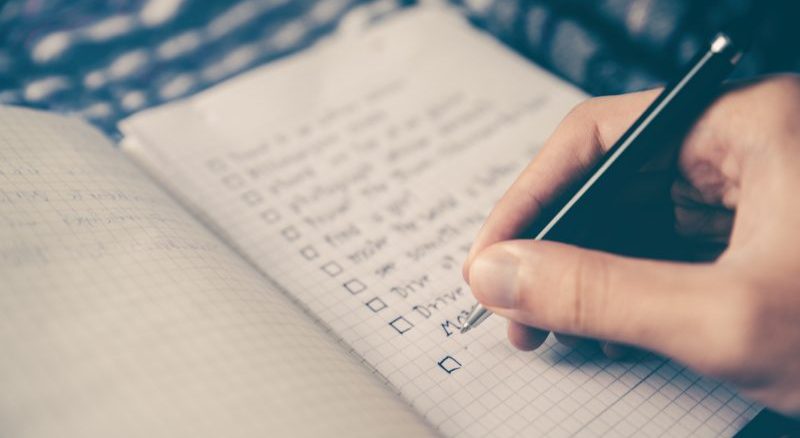 Funerals are difficult as it is, but the sad feelings and strained family relationships are magnified when you’re in a fragile emotional state. My mother made me the executor of her estate. My sisters wanted more of a say in the decisions to be made. I decided that allowing this was not in my best interest — not if I wanted to get anything done and keep my sanity!

The last thing I needed was to have more drama in my life! Whenever I got together with my sisters for family gatherings, there was always some kind of manufactured conflict. It took the joy out of what was supposed to be a happy occasion. As much as I dreaded these events, I went along with them until the day my mother died.

I decided that I wanted to take care of my mother’s estate before the year was over. She passed away July 3, 2014. I told my sisters that I wanted to interview real estate agents in a few weeks and start showing the house for sale by the end of the month. They didn’t like the idea and thought it was too soon.

I told them that I would make all the decisions and wouldn’t require their help. The only decision they would have to make is to decide what they wanted and to remove it from the house as soon as possible. I only wanted a bookcase that I made in high school, a bamboo plant, and my mother’s shoehorn. Everything else was fair game.

I was emotionally attached to these items because the bookcase was the only physical thing that I would ever make in this lifetime. I love bamboo plants. They have a calming effect on me. My mother was always using her shoehorn. It’s a habit of mine to this day, and it reminds me of her.

I had many reasons for wanting to take care of my mother’s affairs in a short period of time. The reasons were:

The process of going through my mother’s belongings and thinking about selling my childhood home was difficult, both emotionally and physically. That house had been in our family for 55 years. There were memories everywhere I looked, and the thought of someone else living there seemed strange to me.

It also seemed like an impossible task! This house held everything that my mother had acquired in her almost 90 years on this earth. What would I do first? How would I cope with the sadness of giving away her things? When you’re not sure what to do about something, ask other people! It’s amazing how people and situations seem to fall into place when you’re willing to seek help and advice.

Although it wasn’t always easy, I did my best to process my emotions, taking breaks or seeking support when things got too intense, while continuing to move forward. The plan was to decide what was going to be kept, sold, given away, or hauled off. I gave most of my mother’s belongings to charities. I asked my real estate agent for possible sources, and she recommended a few churches that provided furniture and clothing for people in need. The rest was given to the Salvation Army. They have stores that provide jobs for those who have barriers to employment. It was a comfort to think of my mother’s belongings going to people in need or contributing to a good cause. I had gotten another referral from my real estate agent about a hauler for the rest of the items.

Happily, the house was sold in two weeks for a decent price, and the process wasn’t as stressful as these things can be! I didn’t even end up investing money for repairs, despite the house needing major updates.

In the end, I was proud that I had accomplished what I had set out to do, which was to settle my mother’s estate in a timely manner. Even though I hadn’t always felt up to the challenge, I gave myself enough reasons to move forward, created a plan, and soldiered my way through it. My hard work paid off, and it was a huge relief to be able to put all of this behind me.

Have you been putting off something difficult? If so, why are you procrastinating? If not, how did you deal with it? What strategies do you use to motivate yourself to do things you don’t want to do? I’m interested in any thoughts or comments that you have.

The next post, (6) What do I do in the next chapter of my life?, is about moving forward and making changes after a major loss.