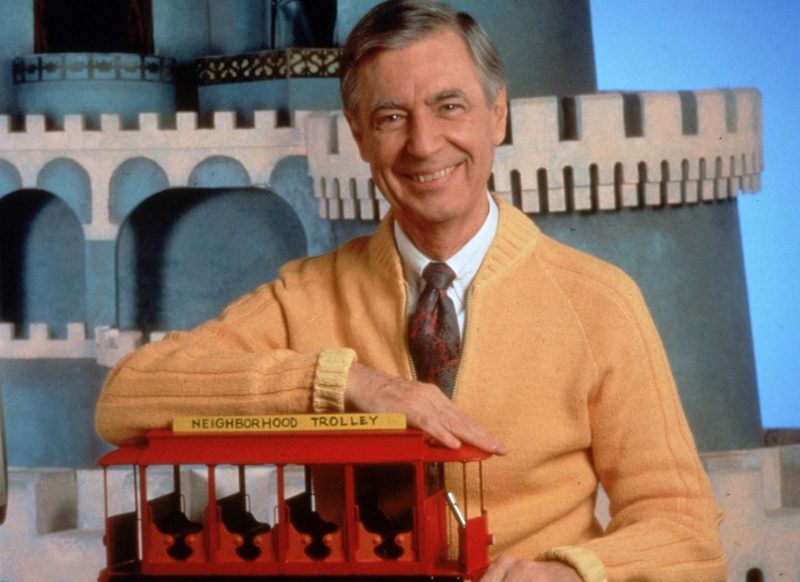 I went to see the movie, A Beautiful Day in the Neighborhood. The movie was very touching and was a fitting tribute to this wonderful human being. However, it took a turn that I wasn’t expecting.

It was about an investigative journalist, Lloyd Vogel, who was the least likely to be charmed by Mr. Rogers. The film was inspired by Tom Junod’s article, “Can You Say…Hero”?, for Esquire magazine in November 1998. At first, the reporter want to do a “hit piece” that would expose a person who seemed too good to be true.

Cynical at first, the two formed a friendship, which was Junod’s first with a subject that would last until Rogers’ death in 2003. As the film progressed, it focused on Junod’s turbulent relationship with his father. This struck a chord with me, because my late father and I had issues with each another. I wish that my father and I would’ve consulted with Mr. Rogers during these difficult times. We would’ve been kinder to each other.

This film explained how Mr. Rogers help him deal with the anger and cynicism that he had in his life. It helped illustrate the positive effect that Mr. Rogers had on those around him.

I would definitely recommend this film. It gives you another insight on how Mr. Rogers lived his life. If you saw the film, how did you like it? What takeaways did you get? I’m interested in any thoughts or comments that you have.

Interesting information if you go to Latrobe, Pa, the hometown of Mr. Rogers.

St. Vincent College–  http://www.fredrogerscenter.org  Fred Rogers exhibit is only open to the public Monday thru Friday. This site also list address of the Main Street home where Mr. Rogers was born and The Weldon Street home where he grew up. They are privately owned.