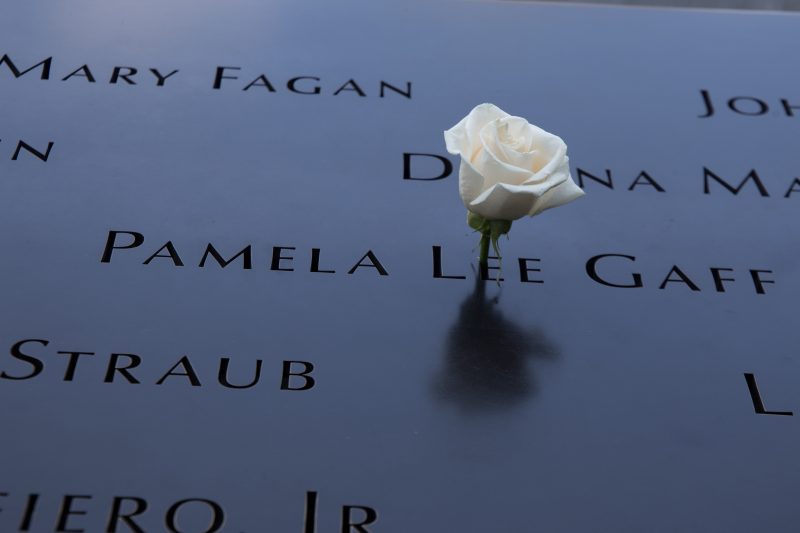 Where were you on 9/11/01? I realize that some of you weren’t born or lived in another country, but I felt compelled to summarize the events that happened that day to tell you the important lessons that I learned. This is a question that many of us may be contemplating on yet another sad anniversary of that fateful day. It’s hard to believe all the years that have passed since that beautiful sunny day when the skies suddenly filled with fire and smoke, buildings collapsed, and people were running for their lives.

I was in Jersey City, New Jersey. The weather was perfect, and it seemed like it was going to be a normal and pleasant day. At 8:45 am, all of that changed. I heard on my car radio that a World Trade Center building had been struck by an airplane.

Fear and apprehension overtook me, and I tried to call my wife on my cell phone. My phone wasn’t working. I was concerned about many things. I asked myself lots of questions including: How did this happen? Has this affected my family and friends? I was particularly concerned about my daughter, who started her first day at a New York College!

Jersey City is very close to New York City. I could see black, billowy smoke in the New York City skyline. I rushed to a television to see what was happening. I was horrified to see the World Trade Center building coming down!

I immediately wanted to drive home. It was a long two-hour drive. There was traffic all over the place, and people were driving like maniacs! I could sense panic in myself and others. It seemed like the end of the world was coming!

As the details of the event came to light, the sadness and disbelief went beyond anything that I could have imagined! I kept seeing the planes hitting the buildings in my mind…over and over. The media exacerbated this by playing that awful footage again and again.

I also remember how sad it was to watch the news and see all these anguished people looking for missing loved ones. They would carry signs with the name and photo of the missing person. Sometimes they would talk to reporters and solicit the public’s help, but of course, you knew that the missing person was most likely gone. It all seemed so senseless and hopeless. The pain and agony that the entire country was feeling was heart wrenching. As a highly sensitive person, it took me a long time to recover from the trauma of that day. My heart still breaks when I think of the pain that so many suffered!

Through the tragedy, some good things happened too. There was a sense of patriotic pride in my community and in the country. Almost every car in New York, and most in New Jersey, had American flags attached to them. In fact, it was hard to even purchase a flag, since they were out of stock everywhere. People came from all over to assist with the tragedy, from trained first responders to regular people who wanted to volunteer their time. Strangers were helping strangers. Politicians, regardless of political party, were united.

The most important life lesson I learned from this event is how resilient human beings can be. Despite the horrific tragedy, people rebuilt their lives. The area around the World Trade Center Area has recovered. A beautiful memorial has been created at the site. People now come from all over the world to pay their respects to those who were lost that day. All of this is proof that we CAN get through difficult times!

Where were you on 9/11/01? What was your experience? What role did your high sensitivity have in how you coped with this tragedy? I’m interested in any thoughts or comments that you have.