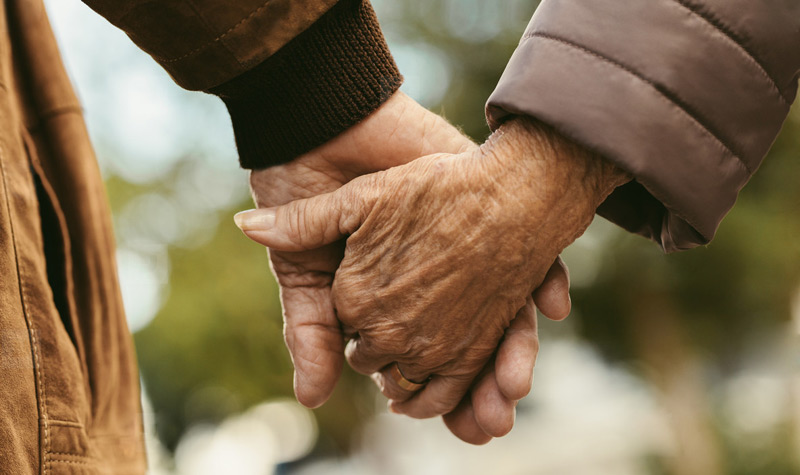 Age is strictly a case of mind over matter. If you don’t mind, it doesn’t matter….Jack Benny

They ignored the playful whispers that she’s robbing the cradle, that’s he so much taller at 6 feet, and she’s the tiniest thing at 4 feet.

Maybe it was fate that brought them together. Before he became a pastor, Reverend Lee and Sadie knew each other when they were married to others. She was godmother of his son, and they were members of the same church.

When his wife died in 2000, Reverend Lee said he saw Sadie around town and in church. He called her one day. They talked about the death of their spouses and the fullness in their lives.

The two hit it off over long conversations that became dinners after church. They didn’t get married right away. He proposed to her after 13 years of courtship.

They got married last year. He had a best man, and her maid of honor was 97 years old. Sadie had the same maid of honor at her first marriage in 1945. The honeymoon was a church outing to Baltimore.

Although most people are a lot younger than Sadie and Reverend Lee, they sometimes feel like it’s too late for love after a marriage or long-term relationship ends. They can’t imagine themselves going back to the “dating scene.” In my experience working with highly sensitive people, I have come across this issue a few times, which is why this story caught my eye.

While the idea of dating again may seem strange, it’s important to remember that there’s no rule that says love is only for young people. There are many people who are or become single later in life, and you’ll never know if you can fall in love if you aren’t willing to give it a try. You can start slow and see what develops. You just may be surprised at what you find! Just look and Sadie and Reverend Lee!

Do you think there’s a time in a peron’s life when it’s too late for love? Have you ever felt this way for yourself? I’m interested in any thoughts or comments that you have.