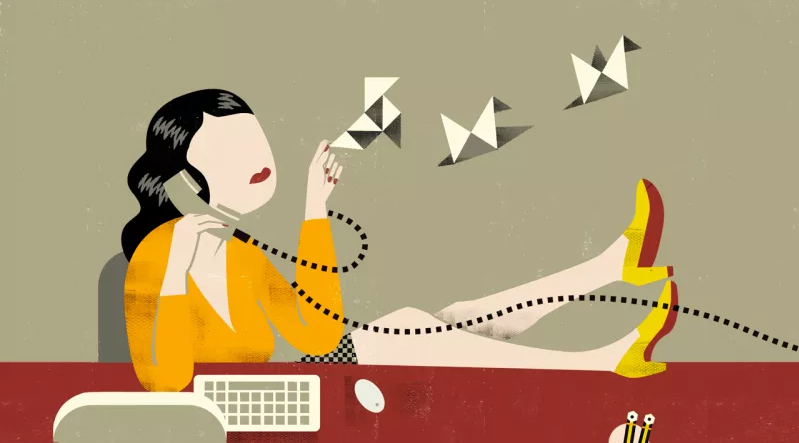 Procrastination can manifest itself in many forms and for many reasons. It’s primarily the avoidance of a task or project that needs to be done usually within a certain time frame. Few of us have escaped the clutches of procrastination at one time or another in our life because it’s so easy to succumb to its seductive ways.

Procrastination can take many forms such as watching too much television, being on the internet more than you need to, browsing through your email, excessive reading, doing unnecessary household chores, being on the telephone, over sleeping, and even the excuse of helping a friend. Procrastinators seldom do nothing, but what they do is hardly useful.

For many the underlying root problem of procrastination is fear and anxiety. Do you feel anxious about a task and do you choose to ignore it? This is a serious problem for students who have many deadlines to meet but it’s also a growing problem for those in the home and workplace.

Fear and anxiety over not completing a task or project leads to procrastination and this in turn causes more fear of failure.

People who procrastinate are usually more prone to drinking, smoking, insomnia and sickness such as colds and flu. Psychologists say the drinking and smoking are to ease the pain of fear and anxiety caused by procrastination, which leads to health problems.

We delay finishing a task because we fear criticism, disapproval and negative feedback. It’s human nature that we would rather procrastinate than suffer the fear of shame and embarrassment of unreal expectations. Fears are sometimes unconscious and people deny they suffer from them.

There are many ways to combat fear, anxiety and its offspring procrastination. Realize you have a choice to succeed or not to succeed. Set realistic goals in small increments and cultivate a sense of self-worth.

Don’t focus on weaknesses. Most fears are unfounded and irrational. Realize you’re working against yourself, analyze them and move on. Ask yourself the real reason you’re afraid. Be brutally honest. For some, exercise and deep breathing help.

There is no perfect time to begin. Start now and don’t over think what you need to do. The important thing is to start. Learn as much as you can about your task, take one step at a time, reward yourself and soon fear and anxiety will disappear.

Are you a procrastinator? If so, what do you think is the root cause of your procrastination? I’m interested in any thoughts or comments that you have.