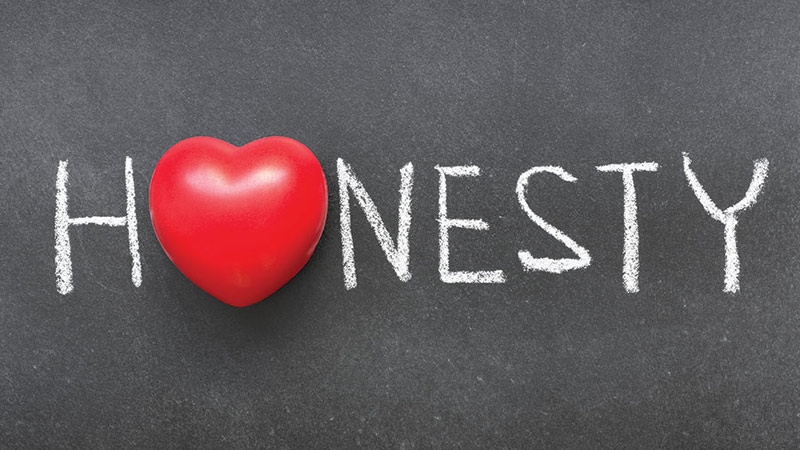 Benjamin Franklin once quipped that “honesty was the best policy.” It certainly builds better personal and business relationships. Those are great benefits, but are there more?

Yes! Honesty also improves health. Even researchers now are studying the effects, including Anita E. Kelly, a psychology professor at the University of Notre Dame. Kelly conducted a study called “The Science of Honesty” to determine how living an honest life impacts health.

She took two groups of thirty-six people. The first group, called the Sincerity group, was instructed to speak “honestly, truthfully, and sincerely” and to always mean what they say for five weeks. The other control group was given no specific instructions. Over the course of the study, both groups took polygraph tests and physical health exams. The Sincerity group recorded significantly better health–less sore throats, headaches, nausea, or stress–than the control group.

Professor Kelly even noticed the results in her own life following these same instructions.”Normally, I get 8 hours of sleep and have five to seven colds in a winter” Kelly said. “Lately, I’ve been getting far less sleep due to some work projects, but I’ve been sick zero times since the fall.”

Unfortunately, lying seems to be rampant. Psychology Professor Robert Feldman at the University of Massachusetts Amherst said, “sixty percent of us have a hard time getting through a ten minute conversation without lying at least twice.” He estimates that most people lie about eleven lies a day!

Does honesty really improve health? How honest are you? Do you think that you lie more or less than the average of eleven lies a day? I’m interested in any thoughts or comments that you have.